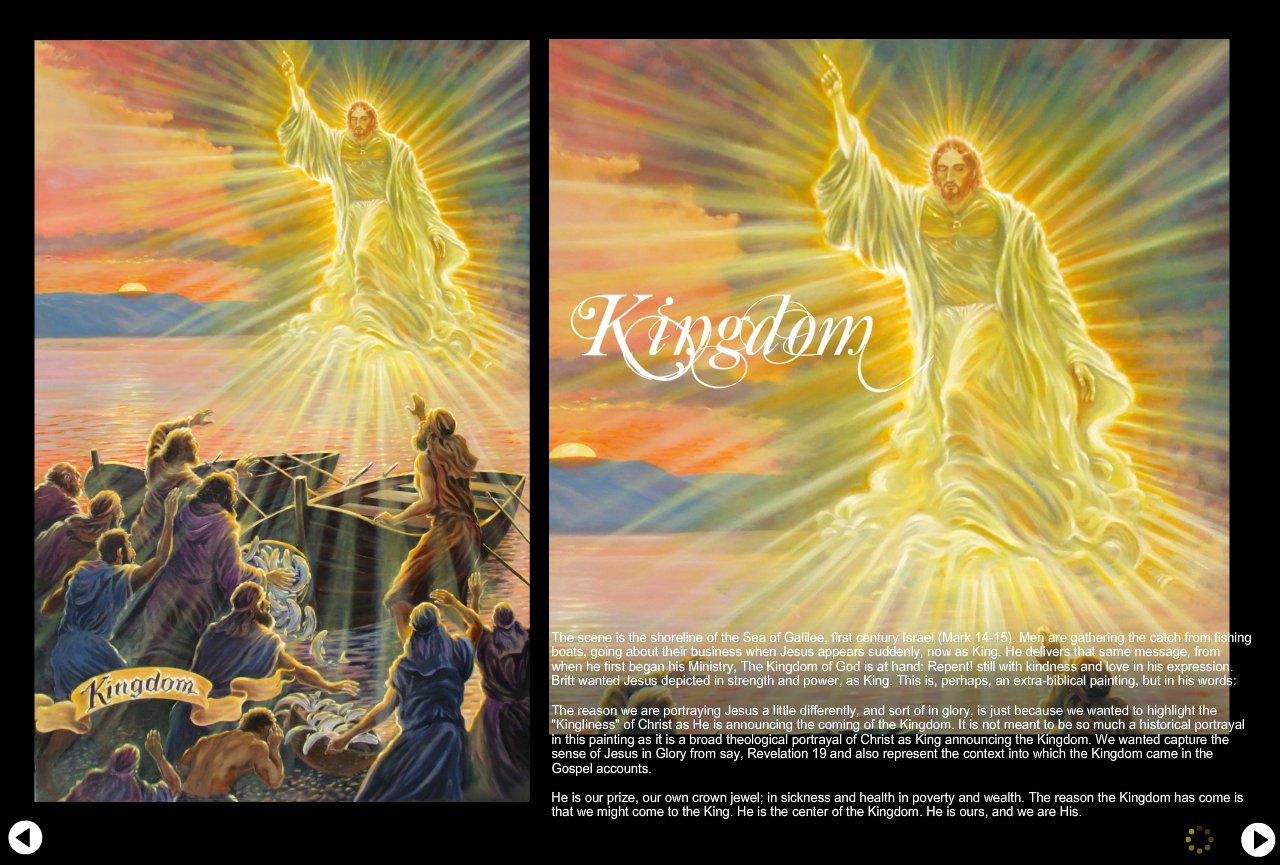 The scene is the shoreline of the Sea of Galilee, first century Israel (Mark 14-15). Men are gathering the catch from fishing boats, going about their business when Jesus appears suddenly, now as King. He delivers that same message, from when he first began his Ministry, The Kingdom of God is at hand: Repent! still with kindness and love in his expression.
Britt wanted Jesus depicted in strength and power, as King. This is, perhaps, an extra-biblical painting, but in his words:

The reason we are portraying Jesus a little differently, and sort of in glory, is just because we wanted to highlight the "Kingliness" of Christ as He is announcing the coming of the Kingdom. It is not meant to be so much a historical portrayal in this painting as it is a broad theological portrayal of Christ as King announcing the Kingdom. We wanted capture the sense of Jesus in Glory from say, Revelation 19 and also represent the context into which the Kingdom came in the Gospel accounts.

He is our prize, our own crown jewel; in sickness and health in poverty and wealth. The reason the Kingdom has come is that we might come to the King. He is the center of the Kingdom. He is ours, and we are His.