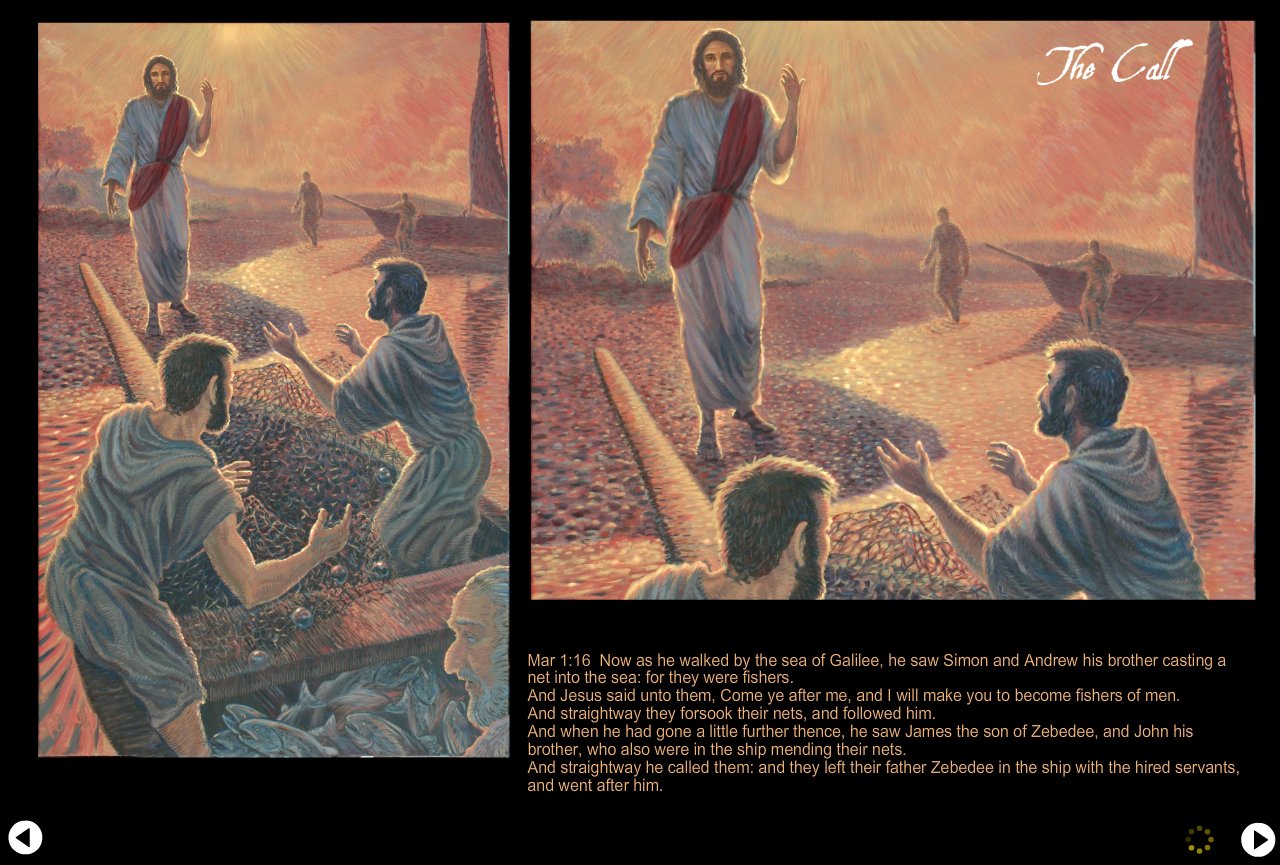 Mar 1:16 ¶ Now as he walked by the sea of Galilee, he saw Simon and Andrew his brother casting a net into the sea: for they were fishers.
And Jesus said unto them, Come ye after me, and I will make you to become fishers of men.
And straightway they forsook their nets, and followed him.
And when he had gone a little further thence, he saw James the son of Zebedee, and John his brother, who also were in the ship mending their nets.
And straightway he called them: and they left their father Zebedee in the ship with the hired servants, and went after him.